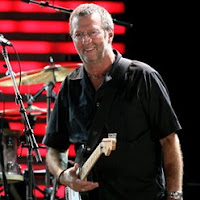 This past year, I attended a good deal of concerts, some amazing shows that I'll never forget and maybe some I wish I could. I saw piano legends, guitar gods, pop idols, some hair metal and even a little bit a country. But, there were 2 shows that stood out more than the others.

One show that impressed me was by former 80's hair metal band Motley Crue. Their tour, entitled "Crue Fest", was a full adrenaline rush provided high energy songs and enticing videos. Touring behind a brand new album, "Saints of Los Angeles", the group did a great job mixing in new and old songs. The stage, along with the fireworks and explosions, only added to the experience. The band, for the most part, looked to be in great shape as Vince Neil ran all over the stage, followed by Nikki Sixx passionate playing and Mick Mars amazing guitar licks. All being provoked by Tommy Lee's pounding drums and outgoing demur. It was a perfect show for a hot August night.

By far, my favorite show of the year was by legendary guitar god, Eric Clapton. Having only see Clapton one other time during his 1994 "blues" tour, this show displayed some of the most amazing guitar being played today. He performed many classic originals mixed with blues covers as he played both electric and acoustic guitar. His encore of "Got My Mojo Working", featuring opening act Robert Randolph, was one for the ages. A very professional classic rock show.

Overall, the concert industry did very well this year despite fans' economic struggles. If the right performer comes around for the right price, be sure to get a ticket. It could be one of the best concerts of your life.
Posted by JP's Music Blog