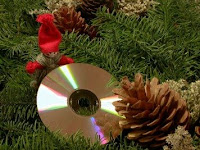 Many of us have the same Christmas songs we love to hear over and over again by our favorite artists. Songs like "White Christmas" by Bing Crosby, "The Christmas Song" by Nat King Cole and "Blue Christmas" by Elvis Presley are just a few of these songs.  This holiday season, we find an over abundance of new Christmas CDs by some of the biggest names in the music industry. The standard artists associated with Christmas like Elvis Presley, Tony Bennett, and Harry Connick Jr. have released new Christmas CDs, while Melissa Etheridge, Faith Hill, Los Lonely Boys and Bela Fleck are releasing their first batch of holiday classics.

As for the guys, Christmas crooner Tony Bennett has a new CD of holiday favorites performed with the Count Basie Orchestra. Another Christmas crooner, Harry Connick Jr. released his third Christmas CD entitled "What A Night! A Christmas Album". It has almost become a tradition for Harry Connick Jr. to relase a new Christmas CD. A couple of newcomers to the Christmas scene are Bela Fleck and The Flecktones with "Jingle All The Way" and Los Lonely Boys with "Christmas Spirit". But, one of the biggest releases this holiday season is by the legendary Elvis Presley. His newest Christmas CD is entitled "Christmas Duets" and features the king performing holiday favorites with some of today's ladies of country like Carrie Underwood and Gretchen Wilson using today's technology.

If you would rather have a mix of holiday classics by different artists, then "The Essential Now! That's What I Call Christmas" is what you're looking for. It features 25 of some of the most popular holiday favorites. For the Classic Rock fan, Hip-O Records has released a CD of 14 songs performed by classic rock artists, Lynyrd Skynyrd, Styx, Elton John and more. One of my personal favorite Christmas artists, Brian Setzer, has released a greatest hits collection of his 2 previous Christmas albums. The new CD entitled "Christmas Rocks" contains 20 songs and can also be found with an accompanying DVD featuring his annual live Christmas Show.

So, let's all gather around the ol' iPod and take in some Christmas cheer provided by holiday tunes both new and old.
Posted by JP's Music Blog