Questions For The New Year 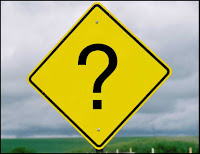 These are only a few of the many questions that this new year holds for us. Some of the more definite answers are that Bruce Springsteen will be releasing his 16th studio album just days before he headlines the Super Bowl half-time show February 1st. Also in February, Neil Young will hopefully be releasing his "decade in the making" Archives Vol. 1 box set. The box set contains rare and unreleased material from Neil Young's personal archives spanning the years 1963-1972.

The month of March is highlighted by the release of the new U2 album entitled, "No Line On The Horizon" and by the reformation of Phish. Phish will play their first live show together since 2004. We can only hope that a full fledge tour will also be in the near future. Let's not forget, 2009 should bring new albums by the Dave Matthews Band, Wilco, Jay-Z, Eminem, 50 Cent, Tim McGraw, ZZ Top and possibly Kiss. Who will have the biggest selling album of 2009?

As far as new music based video games, last year we had Guitar Hero: Aerosmith (which made the band a cool $25 million in sales), but in 2009 we will finally get Guitar Hero: Metallica. Fans will be able to play guitar and drums and even sing some of your all-time favorite Metallica songs in the courtesy of your own home. But, Rock Band does not want to be outdone by constantly providing full album downloads including Pearl Jam's debut "Ten". The big question is what to expect from the first video game to feature the music of The Beatles. All I know is that I want it.

And speaking of Beatles, will 2009 be the year that the remastered versions of all of their original albums be released? 2009 is sounding like it's going to put a hole in my pocket, but hopefully the prices for these wonderful releases aren't outragous. We'll just have to wait and see what the answers are to these questions and more.
Posted by JP's Music Blog