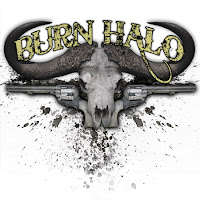 The album starts off with the band's first single "Dirty Little Girl", a Velvet Revolver type rocker. The song features a guest appearance by Avenged Sevenfold's Synyster Gates. The album has its share of heavy hitters, pop rockers and ballads. Songs like "Save Me", "So Addicted" and "Our House" give the album its harder, grittier sound with pounding drums and buzzing guitars. The song, "Our House" has been featured on the NFL Network and according to lead singer James Hart, "Save Me" is the "heaviest" song on the album. Burn Halo lets up on the hard rock assault with the songs, "Here With Me" and "Gasoline", both of which have a "radio-friendly" sound. The ballads of "Too Late To Tell You Now", "Saloon Song", "Falling Faster" and "Back To The Start" show off the full depth of this band. With meaningful lyrics and the mix between acoustic and electric guitars, these songs give the album its heart and passion.

Burn Halo's debut album will be released on March 31 on Rawkhead Records. Their lead-off single is available for download from iTunes. The band is currently on a tour of the east coast, first with Escape The Fate & Black Tide. Then the band will open up for Avenged Sevenfold, Buckcherry & Papa Roach. For more information about their debut album and tour, check out www.myspace.com/burnhalo.
Posted by JP's Music Blog