With Cleveland fully immersed in the Rock Hall of Fame Induction Week, you too can be a part of the festivities. A new website called Rock Immortal was created so fans of the Rock Hall Of Fame inductees can create a digital monuments to their favorite artists. Once there, viewers can watch videos and read articles provided by other fans of the artists. You can also upload your own tribute. The site also contains the latest info about all of the events this week that will lead up to the induction ceremony. Please visit www.rockimmortal.com and stay tuned to the FUSE channel to watch the inductions live on Saturday, April 4.
Posted by JP's Music Blog No comments: 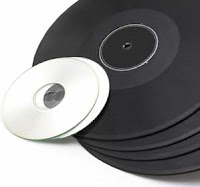 This Sunday, the Connecticut Record Riot! is coming to The Annex YMA in New Haven. This is only the second record show in CT this year. The first was back in January in Cromwell. The vendor space for this show sold out in less than a week, so there should be plenty to offer even the most casual music fan.

The show runs from 9:30 am to 3 pm and admission is only $3. The Annex YMA is located at 54 Woodward Ave. (Exit 50 off I-95 North/Exit 51 off I-95 South). For complete directions, please contact John Bastone (johnbastone@optonline.net).

While times are tough and money is tight, here is a good way to get a lot of new music for very little cash. There is also plenty of collector's items for those willing to spend a little more. But, I'm sure you'll be able to find something to peak your interests.

If you can't make it to the show, mark your calendars now for the next Cromwell Record Riot! coming on May 17th. Be sure to join the mailing list to get updates on surrounding shows and $1 off coupons. Bring a friend and share your findings.
Posted by JP's Music Blog 1 comment:

CD Review: Fireworks Gives Us All They Have To Offer 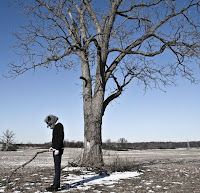 The debut album from Detroit band, Fireworks, is as explosive as their name entails. The pounding drums that start off the album, set you up for 30 minutes of energy and fun. The songs "Come Around" and "Holiday" are sure-fire hits while still keeping a punk edginess to the songs. The biographical "2923 Monroe St." has a great bass line and drum beat to go along with lyrics about coping with the bad times and doing something about it. The issue of pride rises up in "I Support Same Sex Marriage" which has a great collage of guitars and drums. The band blasts off with the pure energy "Show Me Your Vanishing Act One More Time" which clocks in at just under a minute. Singer David Mackinder sings about trying to survive in today's economy in "Again And Again". Once again the band flexes their punk muscle with "Detroit", a song about their roots. While all of the songs have a clear-cut message, don't overlook the music which gives these songs their energy.

The band's first full-length album entitled "All I Have To Offer Is My Own Confusion" comes out today, March 24 on Triple Crown Records. The album was produced by New Found Glory's Chad Gilbert who helped give the songs a energetic, live feeling with radio-friendly hooks. Visit www.myspace.com/fireworks and www.purevolume.com/fireworks for more information about the band and their new album.
Posted by JP's Music Blog 1 comment:

New Nobility Brings Peace Rock To The US 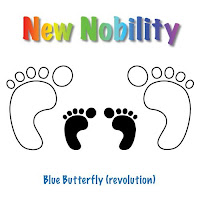 Australian band, New Nobility is releasing their debut album in April entitled "Blue Butterfly (Revolution)". They have won numerous awards including the Music Aid Award for "Best Band 2007" in the U.K. and the World Peace and Music Award in India.

Their music is straight-forward rock with political lyrics. They sing about fighting for global justice and peace throughout the world. Their new album will be released on April 14 on the Pseudo Palm label and is available at Amazon.com. For more info on this new band, check out their AirPlay site, www.airplaydirect.com/NewNobilityBand. or their MySpace page, www.myspace.com/newnobilityband.
Posted by JP's Music Blog 1 comment: 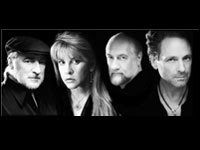 Fleetwood Mac has had their share of hits and heartaches. Everyone thought that their reunion tour from five years ago signaled the end of the band. Instead, it only closed another chapter in the Fleetwood Mac story.

Saturday night, the next chapter in the Fleetwood Mac story came to the Mohegan Sun Arena. Original drummer Mick Fleetwood and bassist John McVie were joined by singer/guitarist Lindsey Buckingham and singer Stevie Nicks. Nicks claimed that this tour was about “having fun” performing, in hopes that audiences would also enjoy the songs.

Lindsey Buckingham took the lead vocals in the night’s opening number, “Monday Morning”. While his delivery was strong throughout the night, his voice has gotten deeper and raspier than in past tours. Mick Fleetwood’s pounding drums led into "The Chain", the first song the band performed from their best selling album, “Rumors”. Staying with the successful album, Stevie Nicks took over the lead vocals on “Dreams”. Nicks became a little talkative with the audience, explaining the meaning behind the band’s top 20 hit “Gypsy”. As Nicks departed from the stage, Lindsey Buckingham performed “Go Insane” from his 1984 solo album. Nicks’ return brought a big applause from the audience as they performed “Rhiannon” and “Second Hand News”, which enticed the audience to get up and dance. The tribal beats of “Tusk” pounded away before slowing the tempo down with “Sara”.

The band would exit the stage, except for Lindsey Buckingham to perform an acoustic version of one of the Fleetwood Mac’s biggest hits, “Big Love”. Stevie Nicks returned to the stage as the duo performed “Landslide”, which became a sing-a-long with the audience. The last song performed from the acoustic set was “Never Going Back Again” featuring Buckingham on lead vocals. A stand-up drum kit was brought out for Mick Fleetwood as the band performed “Storms” and “Say You Love Me”. Stevie Nicks and Lindsey Buckingham more than made up for the absent vocals of retired member Chrissie McVie. Nicks sported a golden shawl to become the “Gold Dust Woman” before exiting the stage once more. During her absence the band would go back in time to 1969 to perform one of their earliest songs, “Oh Well”. Lindsey Buckingham had his time to shine on guitar during an extended jamming solo of “I’m So Afraid”. Stevie Nicks stole the spotlight performing her 1983 solo hit “Stand Back”. Fleetwood Mac ended their set with the crowd favorite “Go Your Own Way”.

Lindsey Buckingham and Stevie Nicks returned to the stage hand in hand, but it was Mick Fleetwood’s time to shine. The encore began with “World Turning” which featured an amazing drum solo by Fleetwood. With the audience on their feet, the band finished with their biggest hit song, “Don’t Stop”. A roaring applause brought the band back out for a second encore in which the band would perform the “Rumors” outtake ballad, “Silver Springs”. The audience got their money’s worth and seemed very pleased with their nostalgic trip through Fleetwood Mac’s history . It was definitely a greatest hit package to be “Unleashed”. Coming soon to Mohegan Sun are country superstars Kenny Chesney (April 17th & 18th) and Keith Urban (May 7th & 8th), also No Doubt’s reunion show on June 24th. Visit www.mohegansun.com for tickets and information.
Posted by JP's Music Blog No comments: 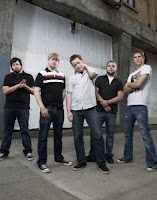 Connecticut band, These Green Eyes, will be performing at the Knight of Columbus in Guilford, CT on Friday, March 13. Their new album will be released on March 24, but fans who purchase tickets for the show will get a free copy of the new disc upon entry to the concert. You can check out my review of the album here.

If you can't make to to the show, the album is available for pre-order on iTunes and at Amazon.com. For more information on this rising new band, please visit www.thesegreeneyes.com.
Posted by JP's Music Blog 1 comment:

On April 4th, the Rock n' Roll Hall Of Fame will induct its class of 2009 musicians. It seems that this years inductees touch upon every major catagory in music. You have a classic rock guitarist that also dabbled in jazz (Jeff Beck). You have one of the most famous pioneer rap groups (Run DMC). You have one of the premier doo-wop groups from the 1950s (Little Anthony & The Imperials). You also have one of the top R&B singer/songwriter/guitarist from the 60's, 70's and 80's (Bobby Womack). Last, but not least, you have one of the biggest heavy metal groups of all-time (Metallica).

This induction into the Rock n' Roll Hall of Fame has been a long time coming for both Little Anthony & the Imperials and Bobby Womack. Little Anthony & the Imperials hit it big with their first single "Tears on My Pillow" back in 1958. They also had a couple of soul music hit singles in the early 60's. Bobby Womack started out as the backing guitarist for Sam Cooke. His first No.1 hit was a song called "It's All Over Now" performed by an "up-n-coming" band called The Rolling Stones. Some of his own hit songs were "Lookin' For A Love" and "Across 110th Street".

This will be Jeff Beck's second time to be inducted into the Rock n' Roll Hall of Fame. He was inducted as a member of The Yardbirds back in 1992. Jeff Beck has been considered by many to be one of the greatest guitarists of all-time. His most successful solo album release was "Blow by Blow" which was released in 1975. Jeff Beck has recently appeared on numerous releases as well as performing at the Crossroads Guitar Festival.

Run D.M.C. is arguable one of the all-time best rap groups to ever "rock a mic". Their 1984 debut album gave a harder sound to hip-hop music with the sampling of rock drums & guitars. Run D.M.C.'s biggest album came in 1986 with the triple-platinum "Raising Hell" which featured a remake of Aerosmith's "Walk This Way". The group's last album was 2001's "Crown Royal" which was released 18 months prior to the murder of founding member Jam-Master Jay. Rev. Run and DMC have each release solo albums and each have appeared on their own reality shows.

Metallica are considered one of the most successful "heavy metal" groups of all-time. They have sold over 51 million albums in the US alone. Their most current release, "Death Magnetic", debuted at #1 and has sold over 4 million copies worldwide. Metallica's debut album, "Kill 'em All" was released in 1983 and featured original bassist Cliff Burton, who died in a tour bus accident in 1986. Metallica's big break came in 1988 with the release of "...And Justice For All" which peaked at #6 on the billboard charts. Three years later, Metallica would release the "Black" album which would go on to sell over 15 million copies in the US. Metallica will become only the second "heavy metal" group to be inducted into the Rock n' Roll Hall of Fame (Black Sabbath was inducted in 2006).

The week leading up to the induction ceremony includes Hall of Fame Specials and concerts. Starting Sunday, March 29, there will be a Free Community Gospel Concert featuring Pastor Caesar, winner of 11 Grammy awards, 13 Stellar awards and 18 Dove awards. Another concert will be held on Thursday, April 2 and it features performances by past Hall of Fame inductees. On Wednesday, April 1, the Rock and Roll Hall of Fame with open the world's first exhibit devoted to the life and music of Bruce Springsteen. Also, Saturday, April 4 is a Free Day at the Rock and Roll Hall of Fame. The public will be admitted to the Hall of fame Museum for Free. This all leads up to the induction ceremony on April 4 at Cleveland's Public Hall. If you are unable to attend, you can still view it live on the FUSE channel as well as online.
Posted by JP's Music Blog 1 comment:
Newer Posts Older Posts Home
Subscribe to: Posts (Atom)