Bon Jovi Coming Back To Connecticut 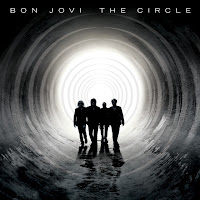 After a short venture into the world of country music, Bon Jovi will be releasing their "return to rock" album, "The Circle" on November 10. The band will also pay a visit to the Mohegan Sun Arena on March 26 & 27, 2010. Fan club members will get the first crack at tickets for these upcoming shows before the public gets their chance. No date has been announced as to when these tickets will go on sale.

Bon Jovi will also be the first band to perform at the brand-new Meadowlands Arena in May 2010. Last month saw Bruce Springsteen close the old Meadowlands Arena with one of his final performances of his world tour. The band's current single "We Weren't Born To Follow" entered the singles charts at #90 and is the fastest rising single in the band's history. Also, this past weekend the Bon Jovi documentary "When We Were Beautiful" premiered on Showtime. The documentary will be included in the Special Edition CD/DVD versions of the band's new album.
Posted by JP's Music Blog

I have grown up listening to Bon Jovi so when I got a chance to see them live it was the most memorable experience for me. I unfortunately missed the concert last year coz tickets were already sold out. Lately someone recommended a great site:
http://www.ticketsinventory.com/concert/bon-jovi-tickets/
So I can’t wait to see them again!!!