Announcing The First Record Show of 2010! 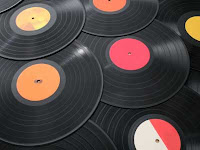 The Cromwell Record Riot is back for another display of vinyl, CDs, videos and more. This Sunday, January 31st is the first Record Riot of the new year. It has been a few months since their last outing and I know many of you are itching to get your hands on some new music. It will once again be held at The Crowne Plaza, located directly off exit 21 from I-91. The hours of operation are from 9:30 to 3:30 and admission is only $3. For those that can't wait, there is an early admission at 8:00 until 9:30 and costs $10.

The room has been sold out for weeks with dealers both new and old. So, whether it's classic vinyl, discount CDs, concert DVDs or that rare, hard-to-find 45, the Cromwell Record Riot has something for everyone. Also, be sure to sign up to receive emails on upcoming Record Riots.
Posted by JP's Music Blog No comments: 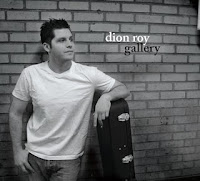 This upcoming weekend Connecticut will get it's fill of indie artist Dion Roy. Roy will be bringing his brand of acoustic rock to local TV shows on Fox61 and My TV9 as well as Hartford's Up or On the Rocks. Roy's debut album "Gallery" was released in June of 2009. His songs have been featured on Sirius XM, Internet and FM radio stations throughout the country. He recently opened for Ryan Cabrerra and is currently on his solo tour that will run for the next two months.

His album "Gallery" is filled with sing-along choruses and acoustic pop standards. Starting with the up-tempo "Come Back Around", the song sets the stage for the rest of the album's sound. Roy doesn't stray far from this formula. "You Can't Take" features a bit of a country song sway, while songs like "Downwards" and "Reconsider" adds a bit more bass here and a bit more drums there, but he keeps the same flow to his songs. By playing it safe he maintains more of an interest in the meaning behind the lyrics. His passion really shines on the ballad "So It Goes".

Dion Roy will be appearing on Fox61's Connecticut Morning Show on Friday, January 29th before his live show at Up or On The Rocks in Hartford, CT on Saturday night. He will be returning on February 6 for an appearance on My TV9's "Good Morning Connecticut". If you happen to miss his show this weekend, Dion Roy witll be performing once again on March 27 at Up or On The Rock in Hartford. His album is available on Amazon and iTunes. For more information on Dion Roy and his music, please visit www.dionroy.com.
Posted by JP's Music Blog No comments: 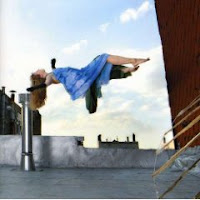 Right from the opening song "Voodoo Taxi", you'll notice that Low Water has been taking notice of what's happening in music today. Their sound has tapped the same vein of music as Wilco and Ryan Adams. Their laid-back acoustic rock sound only strays on occasions when the song calls for it. The album's lead-off single "Voodoo Taxi" has received a large amount of airplay in New England, especially in their home state of New York.

"Motown" is another strong song with its pop sounding chords and vocal harmonies. Low Water show-off their moodier side of song-writing with the slow-tempo "Go". "She Shined Down" is the creative peak of the album with its signature drum beats and the passionate delivery of the lyrics. The epic "Charge" clocks in at over 11 minutes with its mix of chord changes and Pink Floydian soundscape. The album closes with the piano driven "Remedy Of Lead". The song's slow start builds with each instrument overpowering the last.

Low Water will be performing on Friday, January 29th at Larry's in Danbury, CT. Their latest album "Twisting The Neck Of The Swan" was released in 2008 and is available on iTunes and from the band's website www.lowwatermusic.com.
Posted by JP's Music Blog No comments:

U.K. act Rescue Cat is releasing two new singles exclusively to itunes in time for Valentine's Day. The new EP is titled "The St. Valentine's Day Massacre" and contains the songs "Fischer Verses Spassky" and "What Happened To Us?".

"Fischer Verses Spassky" starts out with and industrial club beat that gets filled with an overload of synthesizers. The steady beat really draws you into the song's lyrics. While the passionless vocals on "What Happened To Us?" gets highlighted by MC Mikill Pane's mid-song rap. While the electro-beats on both songs fill the need, the lyrics and vocals seem like more of an afterthought than a necessity.

Check out Rescue Cat's website at www.myspace.com/rescuecatmusic for info and upcoming shows. Also check out iTunes for these song and more from Rescue Cat.
Posted by JP's Music Blog No comments:

CD Review: Blind Pilot Takes Off With Digital Only Release 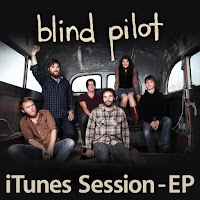 The Portland, Oregon duo of singer/guitarist Israel Nebeker and drummer Ryan Dobrowski released their debut album in the summer of 2008 as Blind Pilot. After a year-long world tour, they decided to take their touring band into the studio for an iTunes exclusive session. Released at the end of 2009, Blind Pilot's "iTunes Session" EP has received much praise from their fan community, and with good reason. The EP features five songs performed live in a studio, with no overdubs. Three of the five songs were taken from the band's debut album "3 Rounds and a Sound". Also performed was an amazing cover of Gillian Welch's "Look At Miss Ohio" and a brand-new original song "Get It Out".

The harmonizing at the beginning of "Look At Miss Ohio" sets the stage for a lesson in "indie-folk" music. The strumming acoustic guitars gets nicely highlighted by a touch of keyboards, but the vocals steal the spotlight throughout these session songs. "The Story I Heard" displays a quicker pace with the subtle hint of trumpets that only add to the listening pleasure. The time changes of "One Red Thread" helps this song stand out from the rest. Blind Pilot slows down the pace with "3 Rounds and a Sound". The playfulness of the banjo and trumpets sets the tone of lyrics sung wonderfully by Israel Nebeker. The EP ends with the unreleased "Get It Out" which shows off the brush drum-work of Ryan Dobrowski.

Do yourself a favor and check out this band, their new iTunes exclusive EP is available now. Also visit the Blind Pilot's website www.blindpilot.com for information on this release as well as their debut album and upcoming tour dates.
Posted by JP's Music Blog No comments:

Who Will Perform At The Super Bowl?

The answer to that question is, YES! This past weekend began the NFL playoffs, with each team reaching for that dream of being crowned the 2010 NFL World Champions and Super Bowl Sunday has become an unofficial sports holiday. Some people are glued to the television for the game, while others wait anxiously for the commercials. But everybody comes together to watch the Super Bowl Half-time Show. Past years have featured classic rock legends Paul McCartney, Rolling Stones, Prince, Tom Petty and Bruce Springsteen and this year will be no different. The Who will take center stage at this year's Super Bowl Half-time show.

Lead singer Roger Daltrey and guitarist Pete Townshend are the only two remaining original members of the band, but that does not take away from the energy this band puts out. Since 1996 the band has performed together in some capacity with 2006 seeing the group's first album in 24 years. Every band that has performed at the Super Bowl has seen an increase in music sales following the event. The Who have a busy year ahead of them, with a new album in the works as well as a world tour and Pete Townshend has been hard at work on his next musical entitled "Floss".

With only 20 minutes to work with, the show is usually filled with the band's greatest hits, but it's enough to remind people just how good some of these bands still are. So, when someone asks "Who's performing this year's Super Bowl half-time show?" You can just respond "Yes!"
Posted by JP's Music Blog No comments: 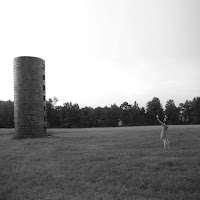 The Brooklyn band Boy Genius have tapped the vein of modern pop music with their second album "Staggering". The beginning hooks of "Scatterbrain" and "Blame Love" will have you singing along after only a couple of listens. Their sound shows similarities to the groups They Might Be Giants and Barenaked Ladies. The layered harmonies of "He Can't Hit" and "Staggering" gives a flowing feeling to its lyrics. The song "When Sunday Goes" is a pop hit in the making, nicely highlighted by the blare of horns. The album closer "Edison" has a nice rockabilly guitar found throughout the song.

Boy Genius will begin their winter tour on Friday, January 8th at Cafe Nine in New Haven. Their new album "Staggering" was produced by legendary producer Mitch Easter and will be released on January 26th on Greenpop Recordings. For more information on this east coast band, please visit www.myspace.com/boygeniuses
Posted by JP's Music Blog 1 comment:

Most Anticipated Albums of 2010

With the weather cold and freezing outside, the same could be said for new music releases at the beginning of the New Year. The music business usually takes the month of January off and plans their slate of new releases throughout the year. Well, here are some new releases that I’m looking forward to hearing.

1. Peter Gabriel “Scratch My Back” - This is his first album in seven years and is supposed to be a collection of cover songs ranging from Radiohead and Arcade Fire to The Kinks and Talking Heads.

2. R.E.M. has been working diligently on a new album that should see the light of day in 2010. Hopefully the band could conjure up some of the energy from their last album, which brought back their classic sound.

3. Johnny Cash “American VI: Ain’t No Grave” - Johnny Cash will be releasing volume 6 of his American Records albums. It will be made up of songs that were recorded between the passing of his wife June Carter and his own untimely death.

4. ZZ Top has been working with producer Rick Rubin on a new album that will bring back the bluesier sound of the band’s earlier albums.

5. Crosby, Stills & Nash have also been working with producer Rick Rubin on their upcoming covers album. The group premiered some of these songs on their past tour.

6. Dead Weather - One of the hardest working men in music, Jack White has been recording new songs with this, his latest super group, Dead Weather. He was a bit unhappy with their first album “Horehound”. White felt that the album was rushed and he feels that there is some unfinished business to accomplish.

7. Stone Temple Pilots will release their first album since 2001 and hope to recapture some of the power and glory from the band’s first 2 albums.

8. Kings of Leon - Rumor has it that the Kings of Leon are working on some new material in order to keep riding that wave of new found success.

9. U2 “Songs of Ascent” - When U2 went into the studio to record songs for last year’s “No Line on the Horizon”, the band realized that they had enough material for two albums. They kept the best songs together for “Horizon”. Hopefully we’ll be able to hear what the leftovers sounded like.

10. Red Hot Chili Peppers – The band regrouped in October of ’09 to flesh out some song demos for a new album. But with the recent news of John Frusciante quitting the band, this may put a new album on the back burner.

Here are only 10 new albums that have peaked my interest and I'm looking forward to more.
Posted by JP's Music Blog No comments:
Newer Posts Older Posts Home
Subscribe to: Posts (Atom)