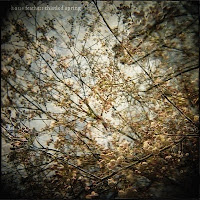 With two solid albums under his belt, Justin Ringle knew he had his band Horse Feathers heading in the right direction and their latest release, “Thistled Spring” is a sure sign of it.

Right from the opening piano chords, “Thistled Spring” is a new beginning for the band. The gentleness felt at the beginning of the album is like a breath of fresh spring air. The album’s unorthodox instrumentation is what makes this album so interesting. The combination of violins, tambourines and banjos in “Starving Robins” keeps the listener guessing what Horse Feathers has to offer. Singer/songwriter Justin Ringle displays is harmonizing proudly on the track “Belly of June”. The dark lyrics to some of the songs gets heightened by the eerie sounds pouring from an array of instruments as shown in the song “Cascades”. The album reaches a pinnacle with the song “This Bed” highlighted by swaying violins and banjo strumming. Ringle finds the strength in his voice to belt out feelings to the lyrics of the song “The Drought”. Horse Feathers brings out the blues in the song “As A Ghost” with searing violins and piano keys filling the empty spaces. The album closes with the grim, but powerful “Heaven’s No Place”.

“Thistled Spring” was released in April on Kill Rock Records. Horse Feathers are just wrapping up the eastern part of their latest tour before heading out west. Their tour concludes at the Hillside Festival in Canada on July 23rd, 24th and 25th. For more information on this new release and tour dates, please visit www.myspace.com/horsefeathersmusic.
Posted by JP's Music Blog