CD Review: Jason Castro Pops On To The Music Scene 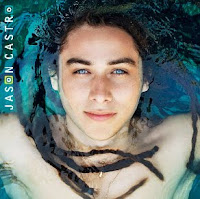 American Idol finalist Jason Castro was a pop sensation ready to explode onto the music scene. His signature dreadlocks and icy blue eyes caught the attention of female fans both young and old and his newly released self-titled album plays perfectly to his fans. The theme of love is spread throughout the 30 minute album with the songs “Let’s Just Fall In Love Again”, “That’s What I’m Here For” and “Love Uncompromised”. Jason Castro tugs on the heartstrings with the acoustic song “You Can Always Come Home” which features backup harmonies by fellow Atlantic recording artist Serena Ryder. With its pop friendly hooks and acoustic guitar, these songs were written for the radio. One of the highlights on the album is a newly recorded cover version of “Hallelujah” which he performed live on American Idol.

Jason Castro will be touring mostly on the east coast through the month of May. His new album is out now on Atlantic Records. For more information on this rising star, please visit his website www.jasoncastromusic.com.
Posted by JP's Music Blog