CD Review: Take A Trip Back To Pandora 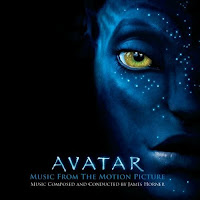 The biggest box office hit of all-time is finally released on Blu-ray and DVD, but that’s not all, don’t forget the music that helps bring this movie to life. The soundtrack to the movie Avatar is like being sent once again to the world of Pandora. Composer James Horner, who also worked with director James Cameron on the blockbuster Titanic, beautifully brings the sounds of Avatar to life. His craftsmanship begins as Jake enters the world of Pandora with subtle horns on “Pure spirits of the forest.” Horner makes you feel the excitement of “Jake’s first flight” and the sad “destruction of Hometree.” The epic sounds of “War” will shake your speakers with the pounding of drums. One thing that James Horner does masterfully on this soundtrack is the use of voices as an instrument. Leona Lewis lends her voice to the theme song “I See You (Theme from Avatar).” The song is a great addition to this mostly instrumental soundtrack.

If you can’t get enough of Avatar or just feel like revisiting the world of Pandora, put this soundtrack on with a pair of headphones and escape. The soundtrack to Avatar is available on Atlantic Records. For more information, please visit www.avatarmovie.com.
Posted by JP's Music Blog