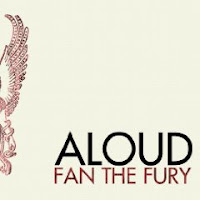 Alternative rockers Aloud are on a mini-tour between recordings of the new album. The band will make stops in Connecticut on June 19 at Cousin Larry's in Danbury and July 7 at The Space in Hamden. Aloud will be performing songs from the band's first two albums as well as some new tracks they have been working on in the studio.

Aloud's newest album "Fan The Fury" has greatness and energy sprinkled throughout its 13 tracks. Songs like "The Last Time," "Fan The Fury," and "The Battle of Love" are modern rock radio hits waiting to be discovered. All the ingredients are in place to make their songs breakthrough to the mainstream. The double lead vocals of Henry Beguiristain and Jen de la Osa are very evident on the songs "Murder Will Out" and "You Got Me Wrong." It adds another dimension to the band's overall alternative rock sound. The songs "Nero" and "When The Ants Attack The Queen" show off Aloud's energy and creativity with its off-beat drumming and buzzing guitars. The end of the album slows down with the piano/acoustic pop song "Backs To The Wall" and the ballad "Justice & Forgiveness."

For more information on Aloud's upcoming tour and their albums "Fan The Fury" and "Leave Your Light On", visit the band's website allthingsaloud.com.
Posted by JP's Music Blog