CD Review: From One Eskimo To Another 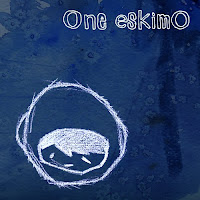 One Eskimo released their debut album almost one year ago, but are now finding the attention of music fans everywhere. U.K. singer Kristian Leontiou created One Eskimo in order to place more of a focus on the music and it sure has paid off.

On the album's opening track "Hometime," acoustic guitar chords and Kristian's voice ease you into an amniotic embrace. The music just floats on by on "Astronauts" which allows the listener to focus on the lyrics. One Eskimo does expand upon their sound with the dance-pop beat of "Kandi" and the vocally layered "Slip." The track "Simple Day" is when it all comes together, the vocals and music, to make a simple of effective song. "Givin' Up," the latest single off the album and makes the transition from electric-folk to dance-floor beats. One Eskimo mixes in a Dave Matthews Band guitar with horns, along with some Beatles harmonizing and produces a masterpiece, "All Balloons."

One Eskimo have been featured on a number on shows including Bones and the Ellen DeGeneres Show. They finished up a tour with Tori Amos in 2009 and performed a dozen dates on their own this summer. Their full-length debut album is available now. Please visit www.oneeskimo.co.uk for more information.
Posted by JP's Music Blog