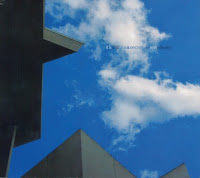 Instrumental rock duo El Ten Eleven are returning with their forth album "It's Still Like A Secret," which is exactly how the band's sound gets made. Bassist Kristian Dunn and drummer Tim Fogarty have perfected their sound with the help of effects pedals, looping and other studio wizardry. The album will be self-released on November 9 on their own Fake Record Label.

The album's sound crosses many barriers of music. From the alternative rock of "The Sycophants Are Coming," El Ten Eleven mostly experiments on the new album with electric drum beats as in "Indian Winter" and "Falling." They try to expand their sound on "Marriage Is The New Going Steady" to help you visualize the notes being produced as they float out of the speakers. Their music does get grungier for a moment on "83," but then returns to the comfortable pop flow of "Tomorrow Is An Excuse For Today."

El Ten Eleven has one upcoming show for the moment in Dallas, TX on New Year's Eve. For more information about this indie-duo, visit elteneleven.com.
Posted by JP's Music Blog