CD Review: Frank Sinatra Gives Us The "Best Of Vegas" 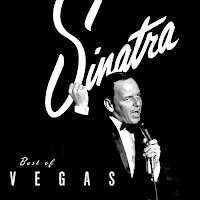 The name Frank Sinatra has become synonymous with Las Vegas. From his first performance in 1951 until his last in 1994, Frank Sinatra was the biggest act that Las Vegas has ever seen. In 2006, Reprise Records released a box set (4 CD/ 1 DVD) of four of Frank Sinatra’s best performances. On February 15, Concord Records is releasing a 16-track CD entitled “Sinatra – The Best of Vegas.”

The CD flows in chronological order with the first three songs coming from his appearance at The Sands in 1961. The performance picks up with his improvisational singing of “The Lady Is A Tramp.” In the words of Frank Sinatra, the best is yet to come as the next 5 songs come from his appearance at The Sands in 1966. Not only do you get some of Frank Sinatra’s greatest hits performed live by The Chairman Of The Board in his prime, but you also the legendary Quincy Jones conducting Count Basie & His Orchestra. The 8-minute monologue almost transports you back in time when the entertainer was king. The last 8 songs are from two of Sinatra’s performances in the eighties at Caesars Palace and The Golden Nugget. The power of the voice is still present as in “All Or Nothing At All”, but the playfulness is substituted by maturity.

The sound on this disc is almost better than being there and hearing is live, but the feeling of these performances shine through in Frank Sinatra’s wonderful vocals. If you missed out on the box set or thought it was too expensive, then this is your chance to own some of these great performances. Please visit Sinatra.com for more information on this release as well as many of Frank Sinatra’s albums.
Posted by JP's Music Blog