CD Review: The Morning Code Want You To "Tell Someone" 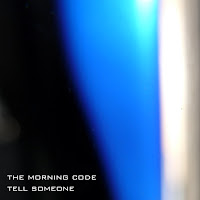 Alternative rockers The Morning Code are releasing their latest EP on March 1. The title of the new album is "Tell Someone" and that's exactly what they what you to do. The Morning Code want you to give them a try and "tell someone" about your new discovery. Just visit the band's website, http://www.themorningcode.com/ to download the new album.

The new album begins with the modern rocker "Silver" which comes from the band's 2007 album "Superhero Complex". The EP goes between newly recorded songs like "Primal" and "New City" which carry a darker, edgier sound then those recorded at an earlier time. Songs like "Keep On" and "Who Owns The Truth" show a more radio-friendly approach to their song-writing.

The Morning Code only have one show scheduled at the moment, but check back to their website for up-to-date information.
Posted by JP's Music Blog