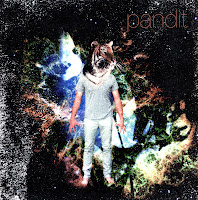 Texas singer/songwriter Pandit is releasing his debut album on February 22 entitled "Eternity Spin". Pandit is the musical name of singer/songwriter/producer Lance Smith. After receiving rave reviews on his self-titled EP last year, Smith decided to expand his sound into a full-length release. The album will be released through Waaga Records.

Pandit's voice flows in, out and through the gentle sounds of the album's opening track "Pack Your Bags". The strong pulsating beats of "Artichoke" almost overpower the voice of Pandit as the vocals become more of an instrument without understanding the words being sung. This formula is followed through the songs "Skivvies" and "Kathryn, My Love". The experimentation of the "The Midi Orchestration" demands your attention to focus on the differences in tones of music. Pandit returns to the electronic drum beats and flowing sounds in "Scotch" and "Augustus". The acoustic guitar blends well with Pandit's gentle vocals in "Kodiak" before finishing with the epic instrumental "European Dance Theme" which also features Foxes in Fiction.

Pandit currently has no shows scheduled, but is looking to hit the road later this year. Please visit http://www.waagarecords.com/ for more information on this new release as well as song samples.
Posted by JP's Music Blog