CD Review: Hard Rockers Emery Tell Us "We Do What We Want" 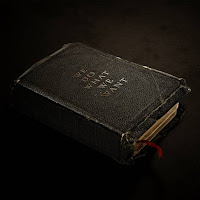 The hardcore band Emery are preparing the release of their fifth album "We Do What We Want" on the Tooth & Nails Records label. While the band is not necessarily labeled as a Christian rock band, their past albums have charted high on the Christian music charts as well as the Rock music charts. Their lyrics have been known to take on a religious themes from time to time, but their music is an all-out assault on the ears.

Emery come roaring out of the gate with the album's lead-off single "The Cheval Glass". The lead, screaming vocals of Toby Morrell and Josh Head makes you stand-up and take notice. The energy this band puts into their performances is felt in "Scissors". The music and song-writing put into this new album has become more complex. "The Curse of Perfect Days" finds Emery taking a more mainstream approach to their hard rock sound as the song will definitely draw in new fans. The band does bring the volume down for a moment in "Daddy's Little Peach", before returning to the keyboard intro, guitar driven "Addicted To Bad Decisions". The acoustics of "I Never Got To See The West Coast" shows another side to Emery's song-writing displaying that great lyrics can carry a song no matter the volume of music behind it.

Emery is currently headlining a tour that will last through March before heading overseas in April. The new album will be available March 29th. For more information, please visit emerymusic.com.
Posted by JP's Music Blog