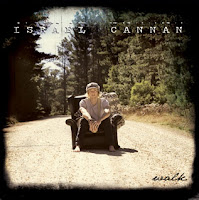 The album begins with the acoustic friendly "Set Me Free" which is a nice introduction to Israel Cannan deep voice and capturing lyrics. The album plays out as Israel tries to capture his adventures in song. Israel plugs-in his guitar for the up-tempo rockers "To The Left" and "One Fine Day", but quickly shifts back to his comfort of acoustics. The storytelling lyrics of "Where The Story Unfolds" and "Rise" brings the listener on a special journey as Israel puts his heart and soul into every note.

Israel Cannan is wrapping up his Australian tour on April 15. His new album is available on iTunes as well as his own website israelcannanmusic.com.
Posted by JP's Music Blog