CD Review: The Joy Formindable Let Out "The Big Roar" 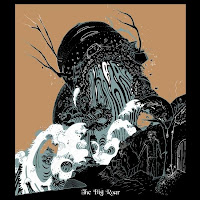 A new Welsh trio known as The Joy Formidable has just released their debut full-length album entitled “The Big Roar” back in March. After two years on the road and releasing two EPs in as many years, The Joy Formable were signed to Atlantic Records. According to bassist Rhydian Dafydd, the album “covers a lot of emotional range. It's captured the battle between the eternal optimist and the manic depressive."

The smooth rawness of Ritzy Bryan’s vocals are accented nicely by her equally loud grunge guitar on the album opener “The Everything Spectrum of A Lie”. The album just takes off into the punk atmosphere with the quick bashing of drums provided by Matt Thomas on “The Magnifying Glass”. The album’s first single, “I Don’t Want To See You Like This” is a great introduction to the band’s overall sound and appeal of raw energy. The song “A Heavy Abacus” is just carries a big, in-your-face sound with Bryan’s vocals ranging from an almost quiet whisper to a full out vocal delivery of the song’s chorus. The band expand their sound on the 7-minute epic ”Whirring” showing-off their talents of performing together.

The Joy Formidable will finish out the month of April with some east coast dates before heading overseas to perform in Europe. Look for the band to return to the states for the Outside Lands Festival in mid-August. For more information on this new Welsh rock trio, please visit thejoyformidable.com.
Posted by JP's Music Blog