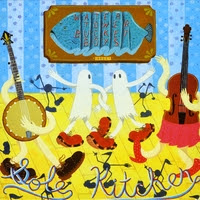 The Water Tower Bucket Boys are ready to release their national debut album entitled "Sole Kitchen". The new album is country, folk with a twist of punk rock, but the band sticks close to their bluegrass roots.

The opening track "Crooked Road" is a slow acoustic, fiddle jaunt until the chorus where the Water Tower Bucket Boys perform their instruments at a backbreaking pace. Instead of trying to push the limits on every song, they choose their opportunities. The mellowness of "Telegraph" and laid back style of "Tequila With Lime" are the perfect remedy for the perfect up-tempo stompers "Bread" and "London Breakdown". The right combination of music and lyrics comes together for "Numb" while the band does have a good time performing "Blackbird Pickin At A Squirrel" and the album closer "Heaven".

The Water Tower Bucket Boys have been featured on BBC Radio as well as on NPR and have performed with Old Crow Medicine Show, Mumford And Sons and Wilco. Check out their myspace page (myspace.com/watertowerbucketboys) for song samples and information on this new folk band to break onto the music scene.
Posted by JP's Music Blog