CD Review: Almost Free Give Us Some "In/Out" 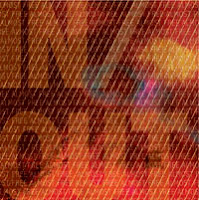 The new EP from Detroit alternative rockers Almost Free will be released on June 7. The trio of Andy Bird (guitar, vocals), Bob Impemba (bass, synth), and Garren Stevens (drums) have found a way to make a big rock sound as in the opening track "Really Don't Know (About You)" from only three members. Their sound crosses the musical boundaries of punk, alternative and pop as in "Times We Used To Have". The band also shows a love for the 80's synth sound by bringing it up-to-date in the song "Don't Bother Me Now".

The EP entitled "In/Out" was recorded in the legendary Rock City Studio which was also used by musical greats Marvin Gaye, Aretha Franklin and Parliament Funkadelic. Hopefully we will see more from this latest rock band from Detroit. For more information and song samples, please visit their myspace page (myspace.com/almostfreemusic).
Posted by JP's Music Blog