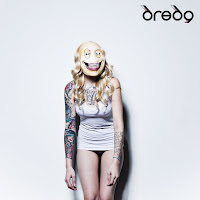 California rock band Dredg return with the release of "Chuckles and Mr. Squeezy". The band's last album, "The Pariah, the Parrot, The Delusion" brought stardom, entering the Billboard music charts at #71. Dredg hopes to continue with that success, but has decided to put a different spin on their new album.

Right from the opening track "Another Tribe", you notice the band taking a more pop approach to their song-writing on their fifth album. Lead singer Gavin Hayes' vocals stand out above the aggressive drumming and grunge guitars of "Upon Returning". The addition of producer/musician Dan the Automator (Gorillaz) is noticed as Dredg brings more synthesizer into the band's rock sound. Songs like "Somebody Is Laughing" and "The Thought Of Losing You" is sure to catch the attention of alternative rock radio. Dredg digs up a modern Depeche Mode sound on "Down Without A Fight". The acoustics come out for the gentle flow of "Kalathat" before returning to the pop beats of "Sun Goes Down" and "Where I'll End Up".

Dreg's new album will be released on May 3rd which is also the start of their US tour. The band will make their way across the country during the month of May before heading over to Germany at the beginning of June. Visit the band's website (dredg.com) for a complete list of tour dates and album information.
Posted by JP's Music Blog