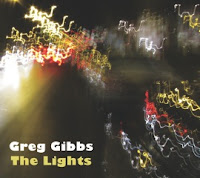 Chicago songwriter Greg Gibbs released a collection of recordings made in his home studio. The album entitled "The Lights" is Gibbs' third album and his first in two years. The new songs have him reaching new heights in music.

The lonely sound of keyboards start off the album before the nice acoustic strumming chorus fills in, but the song never really takes off. "Wasted Plans" is a great beginning with some fun lyrics, but still lacks that full band feel. His talents finally shine through on "Slow Down" and "What I Had In Mind". The echo in his voice on "Mind" is a nice touch to give the idea of solitude. Gibbs sticks with the acoustics on "I Don't Mind" and "Most Guitars Are Made Of Trees" which become the best background sound for his storytelling pop lyrics.

Greg Gibbs was recently named Soundcloud's "Artist of the Day" in February of this year. For more information on this independent artist, visit his website at gregpoop.com.
Posted by JP's Music Blog

...but well worth it. Each CD just gets better and you can see the improvement in the way the voices interact. Seb especially just blew me away.

While I like most of the songs on this CD, I'm torn between Crying and Come What May as my favorites. Crying always belonged to Roy Orbison, but dueting with Rebekah del Rio really put the Il Divo version over the top. Just beautiful.

I might wish for more tracks, but this CD is well worth the money. I highly recommend it.