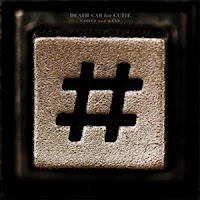 Alternative rockers Death Cab For Cutie recently released their seventh album entitled "Codes and Keys." The new album was recorded in eight different studios, but upon listening to it, you can hardly notice. Plus, the band decided to try something different by abandoning the use of guitars and made this a keyboard-heavy album. The results have been positive as the album entered the Billboard Album charts at #3.

The band reinvented themselves on this new release, relying on their vocals and harmonies as the centerpiece of the songs "Home Is A Fire" and "St. Peter's Cathedral." The boys still show they can rock on the bass driven "Doors Unlocked And Open" and on one of the few guitar tracks "You Are A Tourist." Their new love of the piano is displayed nicely on the ballad "Unobstructed Views." Lead singer/songwriter Ben Gibbard seems to throughly enjoy singing the lyrics to "Portable Television," while their message of unity is clearly presented on "Underneath the Sycamore." The album closes with the band having fun performing the gentle, acoustic "Stay Young, Go Dancing."

Death Cab For Cutie set out on their US tour last month and will be continuing through the month of August. For a complete list of tour dates, twitter information, facebook updates and more, please visit the band's website deathcabforcutie.com.
Posted by JP's Music Blog