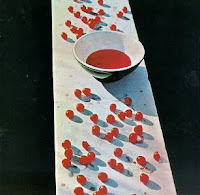 The Concord Music Group along with MPL Communications have just recently released the definitive versions of two of Paul McCartney’s solo albums. Originally released at the beginning of a new decade, “McCartney” was Paul’s first solo album post-Beatles. Many of the songs contained on this album could have very well been written for the next Beatles album, if one was to exist. But Paul keeps some of his best music for himself. Paul proceeds to play every instrument on his first solo outing and it pays off as the album carries a very simple, laid-back vibe. Songs like “Every Night” and “Man We Was Lonely” sound as fresh now as when they were recorded over 40 years ago. 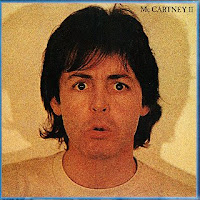 Paul McCartney would go on to head another successful band with Wings during the seventies. Just like with “McCartney”, Paul would release another completely solo album at the beginning of the next decade simply titled McCartney II.” Paul McCartney would once again perform all the instruments himself, but his second solo outing would carry a much more electric, keyboard-friendly feel to the album. Paul was definitely experimenting more with electronic sounds and beats as found in “Temporary Secretary” and “Front Parlour.” But the good thing is it gives you an insight into what he was doing at the beginning of his second go-around of creative freedom.

The care that was put into remastering both of these albums shines through as every instrument is heard with such clarity. While I feel that “McCartney” benefited more from the remastering, both albums have never sounded better. These two new releases also come with a bonus disc of demos, outtakes and live songs. The “McCartney” bonus disc contains the long, sought-after song “Suicide” along with 3 songs recorded live at Glasgow in 1979, plus another outtake called “Don’t Cry Baby” and a demo, “Women Kind.” The bonus disc for “McCartney II” is like a whole second album itself. It contains a live version of “Coming Up” prior to its official release, as well as the 10-plus minute full length version of “Secret Friend.” Plus, each release contains a full-color booklet containing song lyrics and beautiful photographs taken by Linda McCartney during the recording of each album.

Even if you’ve had both of these CDs in your collection for years, these albums are worth re-buying. You will not be disappointed with the sound and you may even notice some new things that you haven’t heard before. There is also a deluxe version of these releases that include a bonus DVD containing rare unseen footage. For more information on these releases as well as the next batch of Paul McCartney remasters coming soon visit the Concord Music Group website, concordmusicgroup.com.
Posted by JP's Music Blog