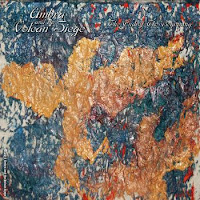 Chicago prog-rockers Umbra and the Volcan Siege have recently release a new album entitled "The End of the Beginning." The album was released on vinyl and the band also a shot a documentary that includes interviews with band members and live footage of the band performing at the Volcan Gallery.

The album begins with "Dumb Numb," a psychedelic rock song that Syd Barrett would have been proud to hear. The lyrics are so simple that you unintentionally concentrate more on the music being performed. The same can be said for "Somebody," which becomes more of a psychotic rocker with its screams of the song's title. The instrumental "The March" sounds strait from the sixties with its guitar, keyboard interchange, easily mistaken for an Iron Butterfly outtake. Umbra and the Volcan Siege channel their inner Pink Floyd with the subtle use of sound as in "The Ups and Downs" and on the instrumental album closer "Do do do do..."

For more information on this new release as well as the documentary, please visit the band's facebook page at http://www.facebook.com/pages/Umbra-and-The-Volcan-Siege/194783437206661.
Posted by JP's Music Blog