CD Review: Afterlife Parade Have A "Rebirth" After "Death" 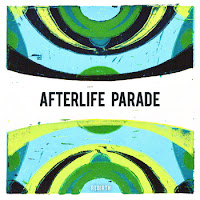 Afterlife Parade return with the second half of their two-part concept album. Back in January, Afterlife Parade released "Death" which contained songs that touched upon the lighter side of the subject. Now in August of this year, the band released "Rebirth" which can be viewed as a new journey.

After a short instrumental introduces you to the album, Afterlife Parade bring the dance beats in the U2 infused "Rebirth." The band expands into the mainstream with the pop rock sounds of "Black Woods, White Beach" and "Cincinnati." Afterlife Parade's sound gets dark on "Chinese Hand Drum" as the pulsating drum beat moves along in the background. Their up-tempo pop sound returns in "Sequoia" before finishing with the keyboard driven "Devil's Dirt" and the experimental sounds of "Maypole."

Afterlife Parade have eight shows lined-up from now until the end of October. Please visit their myspace page (myspace.com/afterlifeparade) for a complete list of tour dates as well as song samples and more.
Posted by JP's Music Blog