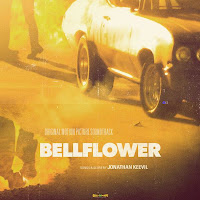 Singer/songwriter Jonathan Keevil gathered his recordings together for the soundtrack to the movie "Bellflower." The movie follows two friends as they venture out into the world to begin their lives as adults. The two spent their free time building flame-throwers and weapons of mass destruction in hopes that a global apocalypse will occur. The movie was an official selection to the 2011 Sundance Film Festival.

Jonathan Keevil worked with writer/director Evan Glodell on various projects that led him to perform the soundtrack to Glodell's movie "Bellflower." The music Jonathan used is a collection of recordings that he had set aside for one reason or another. While working on his debut album, Jonathan stumbled across these recordings which became the perfect fit for the movie.

The songs range from emotional instrumentals like "Dreadnought Side Road" to acoustic ramblings as in "Fuuuuu." On their own, the songs play-out like demo recordings without a specific purpose, but incorporated with visuals, these songs have more meaning. Keevil's lyrics in "Bland" are a great introduction to what hopes to be a successful musical career. He captures mood and feeling with only his vocals and an acoustic guitar.

For song samples, please visit Jonathan Keevil's myspace page at myspace.com/jonathankeevilnoice. Also be on the look-out for his debut album coming this fall.
Posted by JP's Music Blog