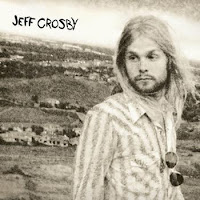 Idaho singer/songwriter Jeff Crosby just released his new self-titled album full of southern/acoustic rock music. The album begins with the rocker "Plowshares 8" with Jeff handling the guitars while his band, The Refugees, give the song its edge. Jeff's song-writing comes shining through on the acoustic ballads "Anything I Could Do" and "Movin Too Fast." He shows us a bit of his bluesier side on "Love Will Let You Know." He also gives pop music a try on "One Of A Kind," but his strength lies in his gentle acoustic stories like "No Need For Excuses" and "All Is Fair."