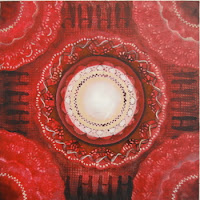 From Washington, DC, newcomers Pree are readying the release of their Paper Garden Records debut album entitled "Folly." The band's sound is described as a folk base with elements of electric and digital melodies to create a unique listening experience.

The album's first songs "Songs of Promise" and "Fortune" shows us their music as simple and rustic, while singer/guitarist May Tabol's vocals give the songs a more nostalgic feel. The album's first single "Lemon Tree" is one of the stronger songs on the album as the storied lyrics are a pleasure to follow. At times, the band draws similarities to the Squirrel Nut Zippers as in the folk-jazz sound of "Fresh Paint." The gentle acoustics of "Shelf Life" get built-up to a rousing chorus that gives the song an added element of attraction. Pree show their edge on the dark sounding "Salt" as Ben Usie's drumming gives the song more appeal.

Pree are currently on their Fall 2011 tour and will be making a stop at the Heirloom Arts Theatre in Danbury, CT on September 18. They will have a release party on September 13 in their hometown of Washington, DC at The Black Cat. For more dates and album information, please visit the band's facebook page facebook.com/preemusic.
Posted by JP's Music Blog