CD Review: Red Hot Chili Peppers Are "With You" All The Way 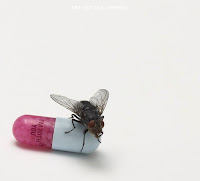 The Red Hot Chili Peppers have returned once again with the release of their tenth studio album “I’m With You” to begin a new chapter in the evolution of this funk, rock band. Their new chapter actually began during the recording sessions with the addition of the band’s new full time guitarist Josh Klinghoffer. Klinghoffer replaced the long time lead-guitarist John Frusciante who left to find a more creative outlet for his music.

The new album certainly reflects this change as the groove lies heavily on bassist Flea and drummer Chad Smith. Smith, who also became a founding member of Chickenfoot, powers the opening song “Monarchy of Roses” with his new love for classic hard rock beats. The funk flies high on this new release as Flea’s bass takes center stage on “Factory of Faith” and “Ethopia.” Lead singer Anthony Kiedis plays it safe on the vocals of many of these songs without breaking-out into the full-out funk freak like he has on past albums. Maybe its maturity or maybe fatherhood, but he still lets his vocals rock out on “Look Around” and “Goodbye Hooray.”

The album’s first single, “The Adventures of Rain Dance Maggie” is your typical Red Hot Chili Peppers single. It features the full-strength of the individual members clicking together to create a great pop song for the radio listening audience. The chorus is so simple that it is impossible not to repeat in your head over and over again. After the jazz infused “Happiness Loves Company,” the album loses a little bit of its edge and shows us a group looking for their new identity with the ballads “Police Station” and “Meet Me at the Corner.” The album closes with the hip-shaking “Dance, Dance, Dance” that seems too safe way for the Chili Peppers to close with as the band continues to evolve into one of the greatest alternative rock bands in history.

The new album was released at the end of August and debuted at #2 on the Billboard Album charts selling over a quarter of a million copies in its first week. The Red Hot Chili Peppers are currently on tour in South America before heading over to Europe to close out the year. Look for them to tour the US in 2012. For more information on the band and their new album, please visit their website at redhotchilipeppers.com.
Posted by JP's Music Blog