The Dirty Pearls Are Coming Back To Connecticut 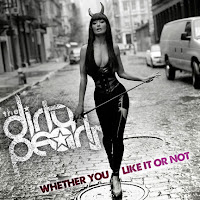 From Manhattan comes one of rock's rising bands The Dirty Pearls with some new music from their upcoming album "Whether You Like It Or Not." The album will be released in January 2012, but the lead single "Static" is already burning up the rock charts. The album's second single "Who's Coming Back To Who" is fresh off the new release schedule and can be heard on the band's website, the dirtypearls.com.

The new song, "Who's Coming Back To Who" has a great gritty rock sound with some nice harmonizing on the chorus. The band just recently shot a video for the song which features Penthouse Pet of the Year, Nikki Benz. The song "Static" is a great modern hard rocker with a repetitive chorus that just won't quit. The band also currently has a video for "Static" that was filmed using an XBOX Kinect.

The Dirty Pearls have recently opened for Cinderella, Skid Row and Mr. Big and are now headlining their own mini-tour which includes a stop a Mohegan Sun on Thursday, September 8th. Look for more tour dates to be announced soon and be ready to pre-order their new album when it becomes available.
Posted by JP's Music Blog

never heard of these guys - but with a cover like that how can Iresist?

thanks,
Terry in SoCal