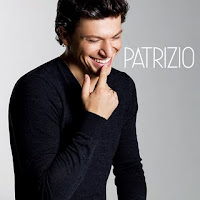 On this new album, Buanne puts his Italian spin on such classic songs as “Crazy” and “Fly Me To The Moon.” He begins the album with an original composition, “Solo Tu (My Baby),” which finds the Italian singing in English as the dancehall beat captures the seductive lyrics. Another new song for this release is the heart-wrenching ballad “Why Did You Have To Be?” which was written by Diane Warren. Patrizio Buanne tries his hand covering the Bryan Adams’ song “Have You Ever Really Loved A Woman” and accomplishes it by adding a bit of European flair without taking anything away from the original. A song that seemed perfect for Buanne to strut his stuff is the famous “Mambo Italiano,” but instead he plays it safe without letting loose and making the song his own. His duet on “Never, Never, Never” and “Maybe This Summer” are the perfect settings for Buanne to show-off his smooth, sultry voice. His closes his album with another wonderful rendition of Santa Esmeralda’s “You’re My Everything,” which should capture the hearts of many.

Patrizio Buanne’s new album was released in September on the Concord Jazz label. He has a few dates lined-up in California in mid-November before returning to the states in February 2012. For more information on Patrizio Buanne and his new album, please visit his myspace page (myspace.com/patrizoofficial).
Posted by JP's Music Blog