CD Review: Polar For The Masses Say More With "Silence" 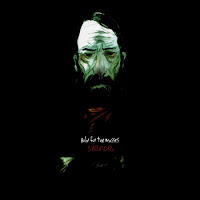 From Italy comes a new album from the rock trio Polar For The Masses. The new album is entitled “Silence” and it is receiving positive reviews all over Europe. The band has a simple approach to their song-writing, where “less is more.” They use the minimal “ice cold” approach to their music.

The simplicity in their music is not instantly noticed as the band creates a full, electronic rock sound on “Consequences,” the album’s opening six-minute introduction. The album’s first single “Rust” shows us a more post-punk rock sound which is the most mainstream song on this new release. Polar For The Masses start to experiment more with their music and vocals with the dark sounding growl of “Sailing Away” and they add a Seattle-grunge feel to “The Last Man.” They finish the album with their triumphant return to punk on “Guilty.”

Polar For the Masses have dates lined-up beginning in October through the end of the year performing over in Italy. Check out the band’s website (polarforthemasses.com) to get a taste of their new music as well as videos, tour dates and more.
Posted by JP's Music Blog