CD Review: Transit Wants You To "Listen" To Their Rise Records Debut 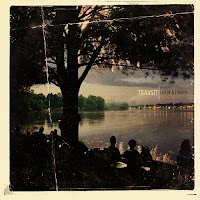 Boston rockers Transit are preparing to release their Rise Records debut entitled "Listen & Forgive." The band evolved from their punk rock beginnings to a more polished alternative, indie rock band and the new album reflects that.

The album starts off with the punk rock drumbeat of "You Can't Miss It," but swiftly moves to a more mainstream alternative rock sound as in "Asleep At The Wheel." Transit show their roots in the up-tempo punk-style of "Cutting Corners," which actually shows more of an edge to the band's sound then that of "I Think I Know You" which just sounds too polished. The mainstream rock sound of "Don't Make A Sound" and "Over Your Head" should give Transit the popularity that this album deserves.

Transit will be on tour with Bayside, Saves The Day and I Am The Avalanche until mid-November. Then the band takes off for Europe for the remainder of the year. The new album will be available October 4. For more information, please visit the band's myspace page (mypsace.com/transit).
Posted by JP's Music Blog