CD Review: As I Lay Dying Celebrates Anniversary With "Decas" 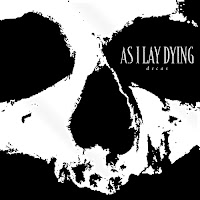 Grammy nominated heavy metal band As I Lay Dying have just released a new album made up of cover songs, remixes and three brand new recordings. The album entitled "Decas" coincides with the band's 10-year anniversary.

The band pays tribute to some of their influences with rip-roaring covers of Slayer's "War Ensamble," The Decendents' "Coffee Mug," and two Judas Priest covers ("Hellion" & "Electric Eye"). Instead of doing a straight remakes of the songs, As I Lay Dying add their brand of back-breaking metal to these covers, giving these songs a harder edge to their sound. The three original songs ("Paralyzed," "From Shapeless to Breakable" & "Moving Forward") fit in perfectly with the rest of their catalog. The songs even show a more defined, mature approach to their song-writing.

The last four songs of the album are different remixes of some of their songs, beginning with "The Blinding of False Light," remixed by Innerpartysystem. I understand what they are trying to do, but I feel that these songs would have been better off on their own album full of remixes, not just thrown on the end of this one. The song that benefits the most from be remixed is "Confined" by Kelly Cairns. The song has a mainstream, hard rock appeal, sounding similar to Linkin Park.

To celebrate the band's 10-year anniversary, they are also embarking on a 16-date tour dubbed "A Decade of Destruction." Joining them on this tour will be special guests Of Mice and Men, The Ghost Inside, iwrestledabearonce, and Sylosis. The tour begins November 30 in New York and will make its way across the country. For a complete list of tour dates and info on their new release, please visit asilaydying.com.
Posted by JP's Music Blog