CD Review: Gregorian Brings Us To "The Dark Side Of The Chant" 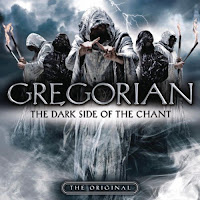 German band Gregorian just released their 2010 European release "The Dark Side Of The Chant" here is the US. Gregorian is a musical project conceived by Frank Peterson featuring gregorian chants mixed with some of today's music. The new album features covers of some of the biggest names in rock and pop including AC/DC, Madonna and Depeche Mode mixed with some originals.

The album begins with the medieval poem "O Fortuna" which was set to music by German composer Carl Orff. The song has been used a number of times in today's popular culture. This version features an evil hard rock sound mixed with full orchestra while the poem is being chanted over the top of all this wonderful music. Some of the cover songs on this album fit the music and the style perfectly like "Stripped" (Depeche Mode), "Morning Dew" (Nazareth), and "Bring Me To Life" (Evanescence). AC/DC's "Hells Bells" get totally reworked to the point of not being recognized. The Gregorian originals seem more mainstream than their cover songs. The best of the four original songs on this album is "Dark Side" featuring soprano, Amelia Brightman on vocals.

The band has also recently released a greatest hits CD of songs from the past decade and have also released Chapter 8 of their ongoing "Master Of Chant" series. Gregorian have tour dates scheduled all over Germany running until the end of the year. Visit gregorian.de for a complete list of shows and information on their latest albums.
Posted by JP's Music Blog