CD Review: I Build Collapsible Mountains Puts On "The Act" 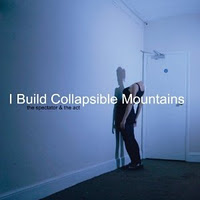 Scottish born musician Luke Joyce is enjoying success with his solo project, I Build Collapsible Mountains. Joyce has had a busy year releasing his first EP in April, his first European album in June and now his first US album entitled “The Spectator & The Act.” Fans of Ryan Adams and Ben Folds will love his acoustic, soft, subtle approach to his songwriting.

The opening track, “Face of Thunder Grin” sets up the listener for a relaxing, enjoyable trip through the words and stories of Luke Joyce. He quickens his pace with “Quickest Exit” as the focus falls on the dark lyrical subject matter. His voice shines on “Jump The Blue” as the starkness of just an acoustic guitar plays-out as the perfect backdrop. Joyce’s most valid attempt at a pop song is “Trail Song.” A backing band could give this song more life and more of an impact. On the flipside, “Burn” is set perfectly with just an acoustic guitar to stress the song’s meaning of love. The album ends with another great pop ballad “The Wrong Way” which leaves a memorable chorus playing over in your head.

I Build Collapsible Mountains have one show scheduled at the moment, but look for more dates in the near future. Please check out ibcmountains.com for tour dates, album information and music videos.
Posted by JP's Music Blog