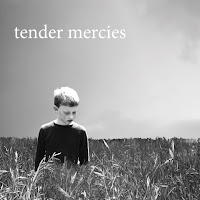 The album begins with the gentle acoustic strumming of "Safe And Sound" which carries a familiar charm to its sound. The band plugs in for "Four White Stallions" introducing us to some of that country swagger. The light brush work on the drums and the wonderful lyrics of "Heaven Knows" makes this one of the stand-out songs on this album. The five-minute story of "Scarecrow" sounds straight from the Ryan Adams songbook as Vickrey expands on his song-writing talents. Tender Mercies seem more at home with the slow-ballads of "Angeline" and "Mercy," then the bar-band sounds of "Ball and Chain" and "Riding Blind." The album closes with "Faded Memories" as the band pays tribute to the southern country of yesteryear.