Independent record label Listenable Records is beginning to make a bigger impact in the metal music community. Located in France, the label specializes in heavy metal and has released two new albums by breakout artists Sarah Jezebel Deva and Tornado. 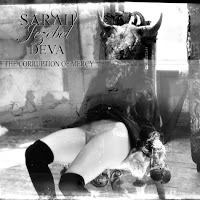 First album up is from Cradle of Filth backup singer Sarah Jezebel Deva. After spending 20 years in the background, Sarah released her first solo album, "A Sign of Sublime" in 2008 with minimal exposure. After a successful 2010 tour, Sarah returned to the studio and has now released her new album entitled "The Corruption of Mercy." There is no denying that Sarah's voice can send shivers up you spine, but it is her band that is the driving force behind this album. Songs like "No Paragon of Virtue" and "Silence Please" find that magical combination of Sarah's amazing vocals and the band's energetic delivery. Special guest Psy-Clone adds great orchestration to the song "What Lies Before You" and the solo piano of "Pretty With Effects" allows us to enjoy the fullness of Sarah's vocals. She also tackles a cover of The Cranberries' song "Zombie," giving it an edgier, heavier sound.

Sarah Jezebel Deva just finished up a UK tour in October. Look for her to add new dates in 2012. For more information, check out sarahjezebeldeva.co.uk. 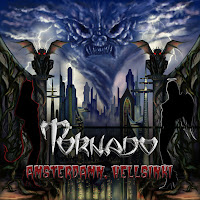 The next album is from thrash metal band Tornado with their debut entitled "Amsterdam, Helsinki." Their sound has been described as having the grit of Motley Crue combined with the speed and energy of Slayer. The band goes right to the core of thrash with "Hate Worldwide" and "3 of 8" and delivers a home run with Superstar Joey Severance delivering on the vocals. The band's sound is pure metal as they motor through "Eugenics" and "Blue," while their LA-style attitude shows up in "Ignorance Is Thy Name." The album closes with "Rise Disciples, Rise," a blaze a speed with "in your face" vocals. The perfect way to end this band's new approach to thrash metal music.

Tornado do not have any shows scheduled at the moment, but visit their facebook page (facebook.com/tornadoamsterdam) get more information about this band.
Posted by JP's Music Blog