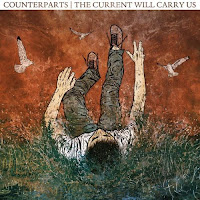 Canadian hardcore metal band Counterparts released their debut album entitled “The Current Will Carry Us.” The band comes roaring out from the beginning with “I Am No One” which is one minute, 48 seconds of blazing speed. Songs like “The Disconnect” and “Sinking” show us some slight variation in the band’s brutal delivery, while “Jumping Ship” is just a straight-on attack of the senses. The album closes with “Reflection,” easily the most accessible song on the album if you are just getting into this musical genre. 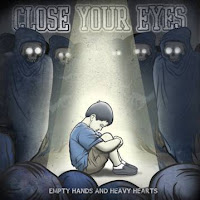 Texas metal band Close Your Eyes returned this past fall with their sophomore effort “Empty Hands and Heavy Hearts.” The new album carries some big, powerful guitar riffs and shout out loud lyrics. The pounding drums of the opening song “Hope Slips Away” sets the stage for what this band has to offer. Songs like “Erie” and “Valleys” gives the band a mainstream, heavy rock sound that’s ready for today's rock radio listeners. Close Your Eyes show their teeth on the gang-singing of “Injustice” and the aggressive “Wormwood.” The song “Wolves” sound like an outtake from a Linkin Park album, before the band finishes with the prog-metal rocker “Heavy Hearts.” 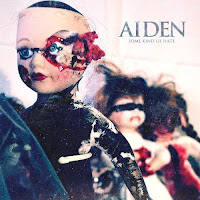 Seattle rockers Aiden released their sixth album this past fall called “Some Kind of Hate.” It is the second album by Aiden to not crack the Top 200 Billboard Album chart (the first was the 2011 album “Disguises”). The album’s first single, “Broken Bones” is a three-minute song full of punk-style drumming and rebellious attitude, which gets carried throughout the new album. The band speeds things up with “Grotesque Valley” then goes more mainstream on “Deactivate,” then change gears once again for a more alternative rock sound in “Transmission.” The album closes with Aiden returning to what their best at which is kick-ass lyrics and an in-your-face sound. Look for Aiden to be on the road at the beginning of the year as they just joined the Rock Beyond Belief Festival which begins in March 2012.

For more information on these new releases and others by Victory Records, please visit their website (victoryrecords.com).
Posted by JP's Music Blog