CD Review: Agent Fresco Visits The US After "A Long Time Listening" 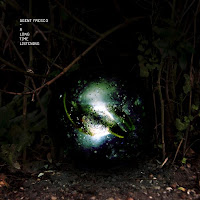 From Iceland comes Agent Fresco with their first concert dates in the US and Canada. Touring behind the release of their 2010 European break-through album "A Long Time Listening," Agent Fresco will be performing at the 2012 SXSW Festival and the 2012 Canadian Music Festival. The band is also nominated for three Icelandic Music Awards (Performer of the Year, Vocalist of the Year, Rock Album of the Year).

The album starts off with "Anemoi" that begins with a wonderful piano interlude that gives the song a similar sound to Coldplay. The combination of hard rock guitars, piano and machine-like drumming in the song "Eyes of a Cloud Catcher" has the perfect combination to give lead singer Arnor Dan Arnarsson a grand backdrop for his passionate vocals. The song "Of Keen Gaze" shows off the talent these musicians have by combining elements of jazz with grunge-style guitars. Their hard rock riffs shine through on "Translations, " while they show us a gentler side to their sound on the song "In The Dirtiest Deep Of Hope." The tempo changes in "Yellow Nights" brings up memories of the British band Queen in their younger days. The band goes off course with the dancehall beats of "Implosions" and "One Winter Sailing," but return to rock on the song "Tiger Veil." The album closes with the song "Tempo," which is all about the tempo changes in the song from pop to heavy metal.

Agent Fresco currently have the two festival appearances on their schedule at the moment, but look for more to come from is Icelandic band once they hit American shores. For more information on Agent Fresco, please visit their website, agentfresco.is.
Posted by JP's Music Blog