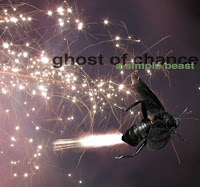 Connecticut indie rock band, Ghost of Chance just recently released their new album entitled “A Simple Beast” on February Records. The album was written in reference to the Chernobyl tragedy in 1986 and what the effect of that devastation has on today’s wilderness in the area.

The album begins with the simple beats of “New Carthage” with very mellow, almost unnecessary, vocals provide the backdrop, highlighted by piano keys. The band sounds like a mellow version of the Smashing Pumpkins in the song “Howe Howard,” while the acoustic guitar strumming of “Trident” works well with the song’s fragile vocals. Some songs like “Lend Me A Dollar” and “Chipper” still sound like they’re in the developmental stages while “Red Garbs” makes you take notice. The album finishes up with the instrumental song “Pipe” and the slow-ballad “Turbine.”

The new album, “A Simple Beast” is available now at februaryrecords.com and for more information on the band, please visit their facebook page at facebook.com/pages/Ghost-of-Chance/283039401524.
Posted by JP's Music Blog