CD Review: Jason Derulo Is Looking Toward The "Future" 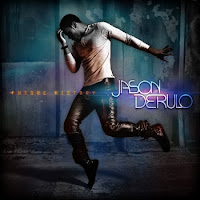 Pop singer/songwriter Jason Derulo recently released his new album “Future History,” the follow-up to last year’s Top 20 self-titled debut. Derulo began in 2007 writing songs for artists like Diddy, Sean Kinston and Lil Wayne. In 2009, Derulo hit #1 with his single “Whatcha Say” and has been on an upward climb ever since. His new album debuted at #29 on the US Billboard Album chart, but hit #1 on the R&B charts in Australia and United Kingdom.

The album begins with the released singles “Don’t Wanna Go Home” and “It Girl.” The club beat heavy “Don’t Wanna Go Home” peaked at #14 on the Billboard Hot 100 chart and features the chorus of Harry Belafonte’s “Day-O (The Banana Boat Song).” The album’s second single “It Girl” is pop perfection that today’s radio audience adores. The newest single is “Fight For You” that begins with Derulo singing the intro to Toto’s 1982 hit “Africa,” which he revisits in the chorus. Derulo slows the tempo down for the thick, R&B-filled “My Shhh,” then returns to the dance floor with “X” before finishing with the heartfelt ballad “Dumb.”

Jason Derulo has tour dates beginning in February 2012 over in Europe which runs through the end of March. Check his website, jasonderulo.com for more information on his new album and more.
Posted by JP's Music Blog