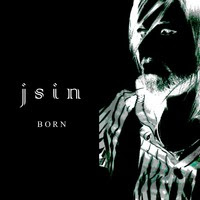 Canadian native jsin released his latest album “Born” back in 2009 and has recently begun getting the recognition he deserved. The songs on his debut album range from modern rockers like “You Never Know” to hard rock power ballads like “I Will.” After a brief meeting with Guns N’ Roses at a young age, jsin has been drawn to the raw, gritty rock that GNR was known for. The song “Something To Say” is the perfect example as he blends hard rock riffs with a punk-style attitude. At times, his voice draws similarities to Axl Rose while his music adds some electronics as displayed in “Inside.”

Jsin packed venues in Toronto back in 2010 and is now working on his follow-up sophomore album and tour. For more information on this new artist, please visit his website, jsinisrockmusic.com.
Posted by JP's Music Blog