CD Review: Outasight Brings It All "Together" 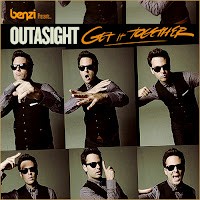 New York singer/rapper Richard Andrew, better known as Outasight, recently released his first full-length studio album on Warner Bros. Records entitled “Get It Together.” After receiving much praise from his 2010 EP “Further,” Outasight went back into the studio and finished his latest mix of songs.

The album begins with Outasight’s break-through single “Tonight’s The Night.” This short (1:38), condensed version of the song is what appears in the latest Pepsi “Music Icons” commercial. The full-length version of the song is available on iTunes and was also featured on The X Factor TV show. Outasight has a fresh approach to dance/hip-hop as displayed in “Change The World.” He breaks out the ukulele, and samples The Beatles, in “She’s Leaving Home,” before inviting his friend Freddie Gibbs to help him out on “Near The End.” The album then goes full-blown hip-hop beginning with “Setting Sun.” He escapes from the rapping for a moment to throw-in the mainstream pop-sounding “Loosen Up” before returning to the beats with “Lush Life” which features XV on vocals. Some of the songs on this release are recycled from former albums like the songs “Figure 8” and the remix of “Catch Me If You Can.” The album closes with “The Graduate” that has Outasight rolling his lyrics over some fresh new beats.

Outasight visited a handful of Radio Shows down the east coast in December, but look for more from him in 2012. Please visit his website (iamoutasight.com) to check-out the video for his single “Tonight’s The Night” and to get more information on this rising artist.
Posted by JP's Music Blog