CD Review: Regurgitator Introduces Us To Their "SuperHappyFunTimesFriends" 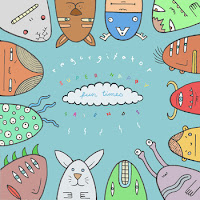 From Australia comes Regurgitator with a new album entitled “SuperHappyFunTimesFriends.” The album was released in Australia in August and is slowly making its way to the US. Their music on this new album combines electronics with indie-alternative rock.

The album begins with the lead-single “One Day” which is an up-tempo, keyboard driven modern rocker with a touch of punk. The album contains 14-songs ranging in lengths from 21 seconds to over four minutes. The quietness of “Super Happy Funtime” and the drum-filled, speed-pop of “Punk Mum” show the contrast in sound this band can offer. The songs “Be Still My Noisy Mind” and “Into The Night” have a great eighties rock-vibe that Regurgitator has seemed to master. Then they bring out their guitars for the alternative rock sound “No Show” and the Ramones-like punk attack of “Uncontactable.” The album finishes with some of their best songs in the new wave sounding “Born Dumb” and “Outer Space.”

Regurgitator finished 2011 with a bunch of live dates in Australia and are scheduled to be a part of the Big Day Out Festival in late-January/early-February. For more information on this band, check out their website at regurgitator.net.
Posted by JP's Music Blog