CD Review: The Jealous Sound Return With A "Reminder" 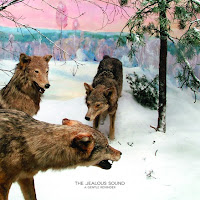 After a nine year absence, The Jealous Sound return with their sophomore effort entitled "A Gentle Reminder." The new release will need to live up to the hype of its predecessor "Kill Them With Kindness" which was named one of Spin magazines' best albums of 2003. The new album was recorded at the Foo Fighters' Studio 606 and was produced by John Lousteau.

The 10-track release begins with "Beautiful Morning" in which frontman Blair Shehan gets to flex his vocals during the chorus. The only other original member is guitarist Pedro Benito who lets his presence known on the uptempo, alternative rocker "Change You." The tempo changes of "Promise of The West" displays how the band's songwriting has grown since its last release. The album peaks with the modern rocker "This Is Where It Starts" and contagious, sing-along chorus of "Perfect Timing."

The new album was released on January 31 through Music Is Subjective and Fontana Distribution. The Jealous Sound will began their tour soon which runs through the month of February. For a complete list of dates, please visit the band's website (jealoussound.com).
Posted by JP's Music Blog