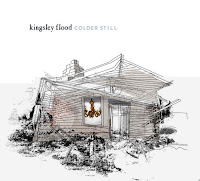 Their new album begins with "I Don't Wanna Go Home" which fits in perfectly with today's Americana scene that includes the likes of Mumford & Sons and The Avett Brothers. This uptempo song is a great piece of folk-rock music with a chorus that sticks in your head. The band aims for a more bluegrass sound with "Wonderland" with its fiddles and harmonies. The lyrics of "Black Boots" are masterfully sung by Naseem Khuri, as the electric guitar solo give the song its edge. The country sounds of "Quiet Quiet Ground" and "House on the Hill" are broken-up by the rockabilly rhythms of "Mannequin Man." All three songs display the versatility this band has to offer.