CD Review: The Luck Of Eden Hall Bring On The Second Coming Of "Butterflies" 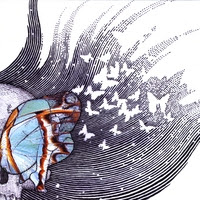 Psychedelic rockers The Luck of Eden Hall have recently released their follow-up to “Butterfly Revolutions, Vol. 1,” with “Butterfly Revolutions, Vol. 2.” They capped of their “year of the butterfly” with a well-deserved follow-up that was recorded and the same time as the first volume. The Luck of Eden Hall polished up the songs for this new release, which gives the band twice as much material to expand their sound (and mind).

The new album begins with the Peter Gabrial sounding “Metropolis” before diving into their psychedelic rock sound on “Complicated Mind.” The folk gatherings of “North Hampton Woods” breaks up the edginess of “Caroline” and “The Ottoman Girl” as the band seems poised to bring the 60’s rock into today’s world. The band brings out the garage rock with “Realization Loop” and “We Are Not Self Control,” before finishing with the experimental, head-swimming sounds of “A Drop In The Ocean.”

The Luck of Eden Hall has two shows scheduled in March, supporting Jefferson Starship on their appearance at Reggies in Chicago. Check out the band’s website (theluckofedenhall.com) for more information on this rising psychedelic rock band.
Posted by JP's Music Blog